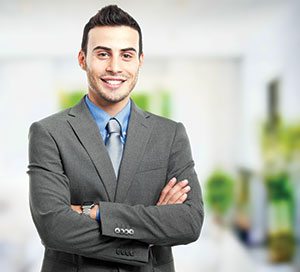 After finishing graduate school, Nevada resident, Adam Kramer, launched his own business, I Am America, which provided online video content for companies. Four years later, his wife landed an opportunity in Las Vegas, and the couple relocated to the city from Los Angeles. Kramer sold his business and found a job with the Las Vegas Chamber of Commerce as the director of its Vegas Young Professionals group. Today, one and a half years later, at age 27, he remains in that role, which has expanded to include an additional component, assisting business startups. He also teaches social media at the University of Nevada, Las Vegas.

Kramer is one of numerous young executives in today’s Nevada corporate world.

“You have a lot of up-and-coming young leaders working their way into decision-making positions. More so now than ever, the older generations are connecting with our next future leaders. They’re starting to see the need and opportunity to attract and retain young talent,” said John Ahdunko, president of the five-year-old Reno-Tahoe Young Professionals Network of Northern Nevada. The organization attracts and retains local young professionals and provides them with the necessary resources to grow their careers. It has about 300 members.

Young executives offer fresh, innovative ideas, whether it’s different ways of carrying out a task or creative suggestions for new products and services.

“They have the ability to think outside of the box. They’re not paralyzed by past failures the older generation might have experienced,” said Justin Kalb, president of Las Vegas-based Kalb Industries, a commercial and residential construction company. Kalb, 36, has worked for the company since age 14. Today, equipped with a bachelor’s degree in construction management from Arizona State University, he oversees the commercial construction side of the business.

Most of the ideas for new commercialized products at WMS Gaming, a provider of slot gaming experiences with offices in Las Vegas and Reno, originate from the 20-something and Y-generation employees, said Rob Bone, senior vice president of sales and marketing. Bone, 38, started working at WMS Gaming 12 years ago and moved into his current position earlier this year. He’s worked in the gaming industry since his days attending UNLV. From the school, he earned an undergraduate degree in finance and a graduate degree in marketing. Today, he oversees the domestic sales team global marketing for WMS Gaming.

One way WMS Gaming fosters innovation is through its use of an internal, online tool called Spark, Bone said. It allows any employee to submit an idea, which then gets exposed to the whole company. Others can add to the idea, ultimately generating a discussion about it and how it could be implemented. Eventually, the company’s senior strategists evaluate the ideas, which wind up either embraced and carried out or pushed back down via Spark for further feedback.

Young professionals tend to be entrepreneurial, even within their positions. They want to come up with ways to solve problems. They don’t want to hear from their older co-workers, “If it’s not broke, why fix it?” said Ahdunko. At the age of 30, Ahdunko is the manager of a United Federal Credit Union branch in Reno. He’s worked there for one and a half years, developing business and managing members’ financials. Prior to his current position, he was employed in the same capacity at a different financial institution. He graduated from the University of Nevada, Reno, with a bachelor’s degree in information systems and business administration. His duties include business development and management of members’ financials.

Young executives are technology savvy, Ahdunko said, and are often tasked with showing older workers how to use various electronics and software. They’re able to keep up with the fast pace of communications, including social media, the Internet and other vehicles, and want to incorporate the use of technology in their work.

Consequently, they’ve helped enhance the connectivity of people doing business, “which provides for a better business environment,” said Kramer, who described going from a phone call to a tweet to an instant message to a text message to schedule something.

Alma Vasquez, assistant vice president and director of leasing and brokerage in the Las Vegas office of Harsch Investment Properties, a commercial real estate firm, said young executives’ ideas should be heard and considered, as they could wind up benefitting their company. For example, a change in the reconciliations process used in her office resulted in a corporate savings of hundreds of thousands of dollars, Vasquez said. The modification, however, previously had been opposed by an employee who wanted to maintain the system as it was. It wasn’t until new management heard the idea that it was initiated. Vasquez, 36, started with Harsch in 2001 and worked her way up into her current position, which she moved into earlier this year. Now, she oversees leasing for the company’s North Las Vegas portfolio that consists of 3 million square feet.

Obviously, young people have different viewpoints than their older co-workers and they’re more candid and apt to share them.

They tend to take enthusiasm, optimism and excitement into their workplaces.

“We don’t want to just do a job; we want to do a job unbelievably well,” Kramer said. “We want our job to change things. We want to be great at it.”

Sometimes, young professionals, particularly when initially entering the workforce, have unrealistic expectations fueled by their desire for immediate results.

“A lot of these people want to come out of college and make $100,000 a year and not really work hard to get there. Some are not willing to work hard at entry-level positions and work their way up,” said Romeo “Ro” Lazzarone, 32, a broker, agent and financial services professional with The Lazzarone Group, an insurance and financial services firm in Reno. While in college, Lazzarone did an internship with New York Life and remains a representative for it still today. After earning a bachelor’s degree in 2003 from UNR, majoring in business administration and minoring in marketing, he joined The Lazzarone Group.

Young people’s reliance on technology can make them complacent.

“It’s so easy to send an e-mail instead of picking up the phone and putting the personal touch on it. We’ve been so spoiled with instant gratification thanks to the Internet and these technological advantages like cellphones,” said Courtney Murphy, owner of Community Management Group, a Las Vegas-based homeowners association management firm. Now 28, Murphy started working in the industry at age 20 and got hooked. Three years ago, she acquired a management company, which she now operates. She’s responsible for a staff of 25.

Sometimes young executives take their strengths too far, unknowingly turning them into weaknesses, Vasquez said. For instance, an unwavering belief their ideas are the best and foolproof can be detrimental to a business.

“The older generations can help balance that out with their experience,” she added.

Prejudices toward employees on the other end of the age spectrum can exist, Vasquez said. The younger ones may feel like their older co-workers are conservative, and the older ones (the been there, done that people, Bone called them) may feel like their younger cohorts can’t have good ideas because they lack experience.

However, when those attitudes are put aside, the end result can be a boost for the company and morale.

“The experience of the older generation mixed with the innovation and optimism of the younger generation is a recipe for pure success if and when the goals of the two are aligned and always having the interest of both the client and the company as the number one goal,” Vasquez added.

Relationships between the younger and older generations, can be reciprocal and mutually beneficial.

Such a workplace can result in positive competition. It can save youths from repeating mistakes their older peers already made. Such a workplace, however, takes conscious effort on the part of management to make it that way.

“The companies that bury their heads in the sand are the ones that, unfortunately, are going to experience some pain,” Bone said.

For leadership to foster an environment in which staff members of all ages work well together, they must first recognize distinct differences exist between the generations and know how to use them effectively to deal with each person, Kalb said.

It requires creating and promoting a culture in which everyone is committed to the interests of each other, the company and the clients and gets along, Vasquez said. That may require training and meetings where issues and problems are addressed.

For Murphy, it takes encouraging conversations and interactions between all her staff members. Therefore, she holds regular, themed, social potlucks in the office and motivates her workers to participate in charity events, like 5Ks, as a group.

“Fostering that type of positive interaction between employees is what going to help close the gap between the older and younger generations,” she said.

Getting the staff’s input, really listening to and considering it will go a long way toward getting employees to feel like part of the team and have pride in their jobs, Lazzarone said.

Getting the younger generations more involved and engaged is essential, Ahdunko said. He suggested leaders ask what the youths need, what will help them move forward in their careers and what resources the company can offer to put their talents to best use.

Planning who will replace older executives and training and preparing them also are vital. Sometimes young people get thrust into an executive position and are expected to perform seamlessly at the level of their predecessor rather than getting the chance to grow into the role.

“A lot of folks are finding they didn’t put a succession plan into place prior to the older generation leaving,” Ahdunko said.

Bone suggested awarding those who perform well. His company recognizes work done well in the form of promotions and individual development plans. Its Presidents Club, for instance, is comprised of younger workers in whom the company wants to invest. Young professionals and executives need to feel they have ownership in their work.

“When we have ownership, we come in every day, wanting to give 110 percent because we feel like we’re part of a bigger mission,” he said. “It’s an excitement that hopefully permeates the entire office.”