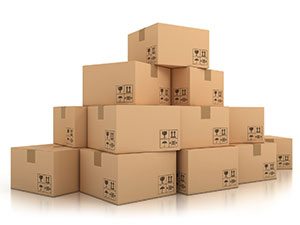 The Las Vegas industrial market continues to face a slower pace of market contraction, contributing to increased stability in the overall vacancies. The sector reported a vacancy rate of 18.6 percent during the third quarter of 2012. In the past 12 months, the sector has witnessed 674,500 square feet of negative absorption, an improvement over the negative 1.5 million square feet reported in the prior 12-month period.

During the third quarter of 2012, average asking rates were reported at $0.51 per square foot per month, representing no change for the third consecutive quarter. Compared to a year ago, pricing declined 3.8 percent. The average asking rate remains down 37.8 percent when compared to the peak of $0.82 per square foot per month reported in the second quarter of 2007.

Four buildings totaling approximately 1.1 million square feet remain actively under construction in the Las Vegas valley, up considerably over a year ago.

After an extended period of time with little to no construction activity, industrial development in the Las Vegas Valley has started to demonstrate some flashes of activity. Over one million square feet of space is currently under construction, a level that has not been reached since the third quarter of 2008.

The year’s roller coaster ride stabilized in the third quarter with respectable positive absorption resulting in a slight drop in the vacancy rate. It was not at ideal levels but is continuing to trudge along slowly absorbing existing product.

There was no new construction and the majority of deals were distribution sector followed by flex. The overall vacancy rate is currently 14.1% down from 14.4% and 12.2% when excluding sublease space. Total gross absorption for the quarter was 1,049,907 square feet and net absorption 219,099 square feet.

There were 36 transactions with three over 100,000 square feet. The average deal was 29,181 square feet. Rental rates remain flat but with demand for class A space becoming stronger perhaps there may a trend to push those rates.

There will be a slow end to the year with many prospects seemingly awaiting the outcome of the election and how we address the “fiscal cliff”. Activity is moderate and a continuation of the same through the remainder of the year is expected.

The year will end with positive net absorption and a continued drop in vacancy. With class A bulk becoming more scarce, it’s possible there may be some rumblings of starting new spec construction.

Go to the View Issues page and click on November 2012 to view this article with accompanying statistics.