You are here: Home / Features / Building Nevada / The Survivors: Builders and Developers in Nevada 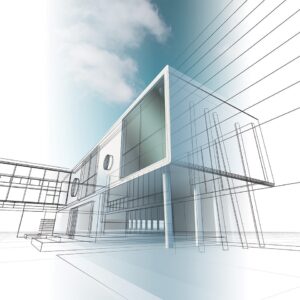 The economic downturn in 2007 left both residential and commercial developers and builders in the Silver State scrambling for work. Many were forced to downsize their staffs, and some even closed their doors.

“Since 2008, the development business has been a fraction of what it was,” said Doug Kiersey, president of Dermody Properties, a Reno-based industrial developer.

Five years later, how are the survivors faring?

That, however, isn’t stopping The Calida Group, a Las Vegas-based multi-family real estate development, construction and investment firm that plans to build 1,200 new, luxury apartments this year at six different locations in Henderson and Las Vegas. The first, Elysian Parc, 164 units in Henderson, is slated to open in October.

“A lot of people just want to rent today; they can’t buy,” said Eric Cohen, the co-founder and managing director. “We’re trying to bring the luxury boutique hotel concept to the market and build our Elysian brand.”

Cohen and two partners started The Calida Group in 2007 with the vision of building high-end, luxury apartments and townhomes for rent. Soon after, the residential real estate market crashed and financing evaporated, causing the group to revise its business plan. Switching gears, they instead began purchasing distressed and partly built condo projects, finishing their construction and converting them into apartment deals.

“What we thought was a bad time turned out to be the best times,” Cohen said. “While everyone had troubled assets and legacy loans, we got to focus on distressed condo products that became available.”

Over the next five years, The Calida Group plans build a 4,000- to 5,000-unit portfolio in the best locations in Southern Nevada and expand into both Northern California and Phoenix, where it’s currently investigating opportunities.

“Our goal is to be a semi-national developer, in five or six markets, by the end of the cycle,” Cohen said.

Today, commercial development in both Northern and Southern Nevada is “dismal,” said Jeff Ehret, president and co-founder of The PENTA Building Group, a commercial and institutional building contractor with headquarters in Las Vegas. However, some new product is being built in both Reno and Las Vegas, according to Colliers International’s Second Quarter 2012 Market Overviews for both cities. With respect to industrial space, minimal to no spec but some build-to-suit construction is taking place.

“The demand by tenants for space has been increasing at a snail’s pace,” said Jordan Schnitzer, president and CEO of Harsch Investment Properties, a commercial landlord with a Las Vegas office, among others.

The exceptions to the commercial real estate market doldrums are tenant improvements and renovations, a healthier segment.

In addition, with little work available for developers and builders, statewide competition hasn’t dropped off but, rather, remains fierce, Ehret said.

The Reno-based general contractor and design-build firm, United Construction, has had a 2012 workload consistent with that of 2011, said Craig Willcut, the president and CEO.

It recently completed building a 450,000-square-foot Internet fulfillment center in Stead for the retailer Urban Outfitters along with a design-build distribution center in Sparks for NOW Foods, a health food and nutritional supplements manufacturer and distributor. It also constructed the Women’s Hall of Fame Museum in Reno’s National Bowling Stadium.

The recession spurred United’s management to expand into markets outside of Nevada. Licensed in 13 Western U.S. states today, it’s pursuing projects in the Midwest, Southeast and East Coast regions.

It’s also working more intensely on building relationships with existing customers and other service providers in the industry. As a result of the connections the company made on the NOW Foods job, it landed a 900,000-square-foot distribution project in California’s Central Valley.

United Construction is putting more emphasis on repeat business, too, and looking further ahead than ever, like one to two years out. They’re in discussions now with customers who may want to move in the future.

“Instead of being reactive, we want to be a little bit proactive in knowing what’s potentially coming up,” Willcut said.

In another effort to secure new clients, United Construction is investing more time and money in economic development, spending time and talking with out-of-state companies considering Northern Nevada for relocation or expansion.

What’s next for United is a number of smaller construction projects in Reno, starting the design phase of three others as well as some possible expansions in Southern Nevada.

This Las Vegas-based Penta Building Group’s revenues and backlog will be greater this year than last, and the company has been hiring employees steadily for the past year and a half, Ehret said.

About two years ago, the company bottomed and its leaders changed direction. Whereas hospitality-related construction had been its largest segment since opening in 2000, they diversified in terms of geographic location and project type. They selected the additional project types they wanted to focus on and found geographic areas offering opportunities in those areas.

“The goal was to get away from too many eggs in the Las Vegas hospitality basket,” Ehret said. “If we had done nothing, we’d be basically scraping along the bottom.”

As a result of its branching out, PENTA, in addition to Las Vegas, has offices in Reno, Los Angeles, Palm Desert, Scottsdale and Tulsa, and each is focused on a different kind of work such as education, health care and public works. About 60 percent of PENTA’s work is in Nevada.

The change in tack has been challenging, Ehret said.

“We found it takes a couple years and you have to commit the resources, both in dollars, time and people. It’s not an immediate payoff for sure, so you have to stick with it,” he added.

Currently, PENTA’s ground-up projects include a 20-story tower in Las Vegas for a long-time timeshare resort client and a readiness center for the Army National Guard on the north end of Las Vegas. Renovation projects include the old Las Vegas City Hall building for Zappos and a surgical observation unit at the Siena campus of St. Rose Dominican Hospitals.

“This is a mix of work we would not have had four to five years ago,” Ehret said. “We’re happy where we are now.”

The company, Ehret said, plans to continue strengthening its core competencies and markets and grow steadily.

To weather the economic downturn, Dermody Properties has primarily been doing build-to-suit projects and joint ventures, Kiersey said. As always, its clients are scattered throughout the country, and as such, Dermody has offices not only in Reno but also in Philadelphia, Chicago and Portland. About 25 percent of its work is in Nevada.

Other than some staff reduction a few years ago, Dermody’s management hasn’t shifted its operations or focus. For example, they’ll go and do jobs where a client wants. Today, the firm’s quantity of work is greater than last year’s.

“Our build-to-suit pipeline is more robust than it’s ever been,” Kiersey said.

Recently, Dermody completed the Urban Outfitters distribution center project (with United Construction) and a 257,000-square-foot building in Chicago. In addition, it just landed a build-to-suit project in South New Jersey for an organic produce business.

Over the previous four years, Harsch has spent almost $25 million on building out its remaining developed space and remodeled more than 800 of its tenant spaces. Also, Schnitzer hired a few key executives, including Jim Tainter, senior vice president/regional manager in Las Vegas.

“Luckily we are a very diversified company and never over-leveraged our projects,” Schnitzer said.

Currently, the company is continuing to lease its 379,000-square-foot Stephanie Street Power Center in Henderson and assisting various tenants with expansion.

“During the next five years, I expect our Las Vegas region to continue to grow,” Schnitzer said. “We have land to build on and acquisitions to accomplish.”

Commercial leasing needs two to three more years to heal, Schnitzer said, “to allow demand to increase to fill up our projects and have rents improve.” Then rapid growth will occur.

For the ground-up and spec commercial market to move in a significant way, changes in supply-demand fundamentals need to occur. Until that happens, new development of office, retail and industrial space likely will remain minimal but grow slowly. In other words, for the next few years, Nevada likely won’t see new, large resort-casinos being built on the Strip or any major public works being undertaken. Tenant improvements and renovations, on the other hand, should continue to be stronger.