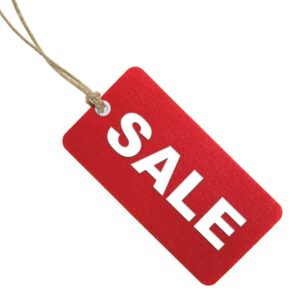 Vacancies within the retail sector have remained in a relatively tight range during the past three years, suggesting increased stability has emerged within the sector. During the second quarter of 2012, the vacancy rate increased a modest 0.1-percentage point over both the prior quarter (Q1 2012) and prior year (Q2 2011) to 10.5 percent. With no new inventory entering the market during the second quarter, the sector reported 8,100 square feet of negative net absorption. Net absorption remained positive with 199,000 square feet of net move-ins during the first half of the year.

Consistent with level occupancies, market average pricing has remained within a relatively narrow range in recent quarters. Valley-wide average asking rates during the second quarter were $1.47 per square foot per month. Compared to the prior quarter, asking rates are up 1.4 percent, but they remain 2.4-percent below the year ago rate of $1.51 per square foot.

An improved consumer spending profile and positive population growth bodes well for retailers generally. With $30 billion in taxable sales during the past 12 months, spending remains up 6.5 percent from the prior year, but 16.5 percent off peak levels recorded in early 2007. Sustainable growth in consumer spending going forward will be required before the retail sector begins to experience any material signals of recovery.

The Reno/Sparks economic climate is showing continued signs of weakness as vacancy rates established new record highs. During the second quarter, the vacancy rates increased, and the area had a negative net absorption of -32,405 square feet. This is the first time in four consecutive quarters there was negative net absorption. Unfortunately, with this slip into negative territory, the market is moving in the wrong direction again. However, vacancy rates are reaching the peak and are expected to remain steady before beginning the slow and hopefully steady decline in the coming quarters.

The line shop vacancy rate has established a new record at 23.26%. The anchor vacancy rate is holding steady at a record high of 15.83%, with the overall vacancy rate at a new record of 18.84%. While the continuation of these high vacancy rates are causing financial pressures for some landlords even leading to receivership and foreclosure in some circumstances, it is creating opportunities for new businesses as landlords aggressively compete for the few tenants looking for space.

Go to the View Issues page and click on October 2012 to view this article with accompanying statistics.