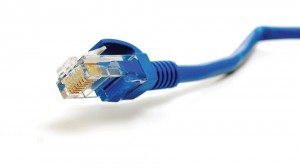 Co-hosted by Connect Nevada and the governor’s Nevada Broadband Task Force, the second annual Broadband Summit, Connecting Communities, is expected to address Nevada job creation and local economic development through the access, adoption and use of broadband services. The event is being held towards the end of this month and is sponsored by the Las Vegas-Clark County Library District.

The Greater Las Vegas Association of Realtors (GLVAR) released statistics that show that home prices in Southern Nevada are up 15 percent from this time last year. In August, the number of local homes sold was 3,747, this compares to 3,572 in July and the near-record low of 4,693 sales in August of last year. Additionally, GLVAR reports a push for homeowners in trouble to short-sell their homes before the end of the year when the Mortgage Forgiveness Debt Relief Act is set to expire.

HealthInsight of Nevada Partners with CMS to Reduce Hospitalizations

The Centers for Medicare and Medicaid Services (CMS) has partnered with seven organizations around the nation, including HealthInsight of Nevada to implement the Initiative to Reduce Avoidable Hospitalizations among Nursing Facility Residents. The initiative tests models to improve quality of care and enhance on-site services to nursing facility residents. HealthInsight is the only organization in Nevada participating in the initiative.