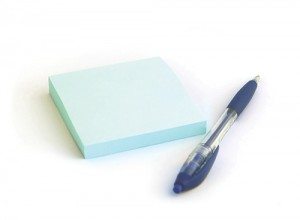 The downtown sub-market is one bright spot in the current office market. The area reported a vacancy rate of 9.5 percent during the second quarter of 2012, which is 16.1 percentage points less than the market average. Pricing in the downtown region is 18.6 percent higher than the average at $2.29 per square foot per month. It is likely that as the area continues to redevelop, it will out-perform other portions of the Las Vegas valley office market.

The Apple announcement grabbed all the headlines in the second quarter and for good reason. With an expected move of office employees to Downtown, new development could be on the horizon. That timeline has yet to be set, but the announcement has added to the excitement of Downtown Reno. Activity did not stop there as the South Meadows sub-market had positive absorption mainly due to NJVC leasing Oracle’s former data center of almost 20,000 square-feet. Other deals this quarter include Video Game Technology’s expansion in NevDex, the new office of Brownstein Hyatt Farber Schreck LLP at Basin Street Properties’ 50 W. Liberty Street, Scott Weed D.D.S. at 6151 Lakeside Drive and the new office of Raymond James Financial Planning in Downtown Reno.

At the half way point through the year, we have positively absorbed (net) almost 100,000 square feet of office space. This has put the overall direct vacancy at 16.17 percent and available square footage at 1,210,044 square feet. This is great news, but most of that space continues to be absorbed in Class A buildings in the core sub-markets: Downtown and Meadowood. Vacancy rates in Class B and C buildings in most sub-markets are still over 20 percent.

Look for Q3 vacancy numbers to level off. Owners with the cash for tenant improvements and the willingness to cut a deal, especially in the South Meadows sub-market, are the owners who will keep weathering the proverbial storm.

Go to the View Issues page and click on September 2012 to view this article with accompanying statistics.