You are here: Home / Departments / Power of Attorney / Nevada Business’ Duty to Cooperate in a First Party Insurance Claim 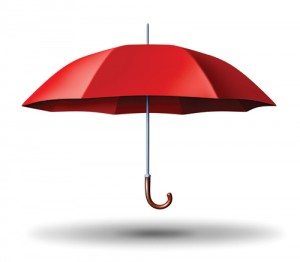 One of the favorite tools insurance companies use to deny a claim is to assert the insured failed to cooperate or somehow impeded the insurance company’s investigation. In order to avoid this potential pitfall, Nevada businesses must be aware of their contractual duties to cooperate. First-party insurance policies, that insure the policyholder’s own property as opposed to liability to third parties, typically include a provision in the conditions section of the insurance policy entitled “Duties After Loss,” “An Insured’s Duties After Loss,” or “Cooperation.” Such provisions usually require the insured to do a number of things, including:

Some of these requirements are self-explanatory, such as notifying the police after a theft and protecting the property from further damage. However, other requirements are more amorphous, lending themselves to judicial review. The Nevada Supreme Court has addressed an insured’s cooperation duties in two distinct contexts: (1) notice of the claim and (2) sworn proof of loss condition.

With regard to the first context, insurance policies typically include notice provisions requiring the insured business to report any claims to the insurer within a specified period of time. While the exact reporting requirements will depend on the policy’s language, most polices will include provisions relieving the insurer of its obligations if the insured fails to comply. Although a business’ failure to comply with such requirements may lead to the insurer’s denial of coverage, it is important for Nevada businesses to know there still remains hope where such failure does not prejudice the insurer.

Last year the Nevada Supreme Court addressed insurance policies’ notice requirements and the insurer’s ability to relieve itself of its obligations. In doing so, the Nevada Supreme Court adopted the so called “notice/prejudice” rule followed by a majority of the states. The “notice/prejudice” rule is in accordance with Nevada Administrative Code 686A.660(4), and does not allow an insurer to be relieved of its obligations unless failure to comply with the notice requirements prejudices the insurer. It is the insurer’s burden to prove that such prejudice materially impaired its ability to contest its liability to the insured. Absent such a showing by the insured, Nevada businesses may retain their coverage despite their failure to comply with the policy’s notice requirements.

The context where the Nevada Supreme Court has addressed an insured’s duty to cooperate is with regard to the insured’s sworn proof of loss. A typical proof of loss provision requires the insured submit a completed, signed, and sworn proof of loss to the insurer within a specified period of time, usually 60 days. A proof of loss provides the insurer with information such as time and cause of loss, legal interest in the property, other insurance which may cover the loss, inventory of damaged property, repair estimates, et cetera. Similar to other policy provisions, the insurer will attempt to relieve itself of its obligations if the insured does not comply with the provision. While a complete failure to submit the proof of loss may bar recovery, Nevada courts generally disfavor forfeitures. With this general proposition in mind, Nevada Courts have previously held that absent express forfeiture clauses in the policy, the insured will not forfeit its coverage where it has “complied substantially” with the proof of loss requirement.

In summary, although some generalities can be gleaned from Nevada Supreme Court decisions on an insured’s duty to cooperate, it is imperative to read and have a complete understanding of the exact language of your business’ insurance policy.