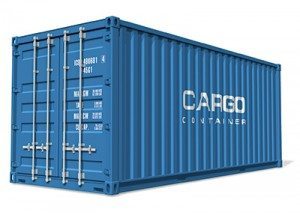 The Las Vegas Valley industrial market continues to face challenges, including elevated vacancies. The industrial sector reported a vacancy rate of 18.5 percent by the close of the second quarter of 2012. Net absorption during the quarter was negative 103,000 square feet, which represented a slower pace of out-migration of industrial product compared to the preceding quarter. During the first half of the year, negative net absorption totaled 344,000 square feet, which was down dramatically (-75 percent) from the 1.4 million square feet of net move-outs reported in the first half of 2011.

Despite continued increases in the market’s vacancy rate, pricing remained flat during the second quarter of 2012. Average asking rates across all product types were $0.51 per square foot per month for the second consecutive quarter. Compared to a year ago, rates are down 5.4 percent. Since the peak (Q2 2007), average asking rates have declined 37.8 percent.

As expected, positive activity this quarter was a turn-around from a disappointing first quarter. Total number of transactions for the quarter was 33 which is slightly below the two year average of 38 and the average deal size was 39,413 square feet which is 29 percent higher than the two year mean.

Regarding rents with 14.4 percent vacancy there are still many landlords anxious to stop the pain and fill long term vacancies, which is holding rates down. A few consecutive quarters of positive absorption are needed before rents will rise. Business is still cautious due to uncertainty in Europe and the Presidential election. After November 6th, business will have some much needed clarity to make decisions in 2013.