You are here: Home / Features / Cover Story / How We Stack Up: The Climb Back to the Top 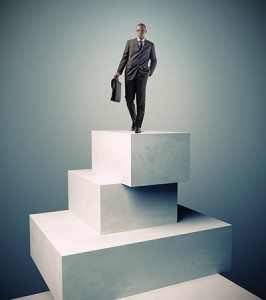 It wasn’t that long ago that Nevada was ranked No. 1 in growth – a title it held for several years.  We couldn’t build houses, roads, schools or office complexes fast enough to accommodate all the people flocking here to cash in on the boom.  Now, like the rest of the nation, the Silver State is struggling to emerge from a recession that turned these statistics upside down.  The U.S. Census Bureau rated Nevada just 24th in population growth last year, and we made headlines for leading the nation in unemployment and foreclosures.  In this year’s annual review comparing Nevada to other states, and to the nation at large, we see some hopeful signs of economic recovery, as well as many ongoing areas of concern.

Note: to view this story with accompanying statistics, please visit the View Issues page and click on the August 2012 issue.

Nevada’s education statistics have been a perennial concern, not only for parents and legislators, but also for economic development officials who want to attract businesses from other states. Nevada ranks near the bottom among U.S. states in a number of categories, including standardized test scores and expenditures per pupil. Compared to national averages, we have more high school dropouts and fewer adults with college degrees. Whether this is due to the transient nature of our population, the high percentage of service-sector jobs, or other factors, the fact remains that Nevada has been receiving poor grades for education for a number of years. Without a major overhaul of the system, the statistics are unlikely to improve in the foreseeable future.

Figures from the Nevada Commission on Tourism show that numbers seem to be trending upward in all major categories — from visitor volume to convention delegates and casino taxes. This is welcome news for all those Nevadans whose jobs depend on travel, tourism and gaming, as well as for Nevada taxpayers, since this segment of the economy brings in so many tax dollars. Nevada still leads the nation in casino tax revenue, although casino jobs are lagging behind, with a year-over-year decrease of 0.4 percent, which is also the national average for casino job losses.

Nevada’s tax burden on individuals is very favorable compared to other states, with no personal income tax, inheritance tax or estate tax, and the business tax climate was rated No. 3 in the nation. Nevada businesses pay no corporate income tax, franchise tax, unitary tax, or inventory tax. However, our dependence on tourism-related taxes like retail sales, gaming, hotel rooms and rental cars means that tax revenues tend to fluctuate with travel and tourism, which suffers during economic downturns. As another legislative session looms on the horizon, business owners would be wise to hang onto their wallets, as lawmakers seek to fund the next budget in a struggling economy.

Many factors are taken into consideration when determining how much it costs to operate a business, including rates paid for labor, leases, utilities, and state and local taxes. Nevada offers reasonable costs when compared to competitors in nearby markets. Commercial real estate lease rates have dropped considerably since the recession started, and Nevada’s high unemployment rate makes it easier to hire workers at reasonable wages. In addition, Nevada’s centralized location makes it attractive for any business wanting to be near the west coast markets without being subject to California taxes and regulations.

The cost of living in Nevada is close to the national average for essentials like groceries, utilities and transportation. If one positive result could be found in the real estate crash, it’s that the costs for housing have declined, making it considerably cheaper to live in one of Nevada’s metropolitan areas than the U.S. average. Keep in mind that these charts don’t take our lower tax rates into effect. Factoring in Nevada’s low tax burden, the overall cost of living in the Silver State would compare even more favorably with national figures.

Nevada ranks No. 2 in the nation for violent crimes, according to statistics compiled by the FBI. While we are 26th for total property crimes, we’re No. 3 for robbery and No. 4 for motor vehicle theft. Nevada is proud of its cowboy heritage, but this is one area where it would be best to distance ourselves from the lawlessness of the Wild West. However, these figures are based on crimes per 100,000 population, and Nevada’s 51.5 million visitors a year add an average of 141,000 extra people on any given day to our official population of 2.7 million.

Statistics compiled by the federal government put Nevada’s overall “health snapshot” on the border between weak and average, with home healthcare the only category in which the state received anything above an average grade. Nevada ranks 47th in the rate of suicide deaths per 100,000 population, has more obese or overweight children than the national average, and 21 percent of the population has no health insurance. While we rank 40th in percentage of children vaccinated, that’s an improvement from last year, when we were No. 48. Although progress has been made, the quality of healthcare in Nevada remains a concern.

The good news? Nevada has finally dropped from No. 1 to No. 3 in the nation in new foreclosure filings. The bad news? Our rate is still more than twice the national average. Economic analysts have described the local housing market as “bumping along the bottom,” and there are several mixed messages in this bumpy journey: housing permits increased 17.5% over the last 12 months, but the housing price index has fallen. Investors have started to re-enter the market, but what will happen as banks release their inventory of homes remains to be seen.

Total employment in Nevada increased an anemic 1 percent from May 2011 to May 2012, which was slightly under the U.S. average. However, we still lead the country in unemployment, at 11.6 percent, compared to a national average of 8.2 percent. Mining jobs present the only bright spot in this picture as gold and silver prices remain high, but at 1.4 percent of total Nevada jobs, this isn’t enough to boost the overall numbers. The multiplier effect of all the unemployed and underemployed people in the state presents real problems for businesses that have seen their sales decrease, and for state agencies trying to provide services to more people with less tax money.

Nevada continues to rank among the best states to start and maintain a business. It retained the No. 2 spot in the Business Survival Index from last year, although it fell from 10th to 12th in the “Best States for Business” poll. Its tax climate and geographic location still make the Silver State an attractive place to do business, although we face challenges digging ourselves out of the recession, including high unemployment and a housing market at an unprecedented low point. Our low national rankings in healthcare and education will make it difficult to attract the kinds of companies needed to help restart the economic growth engine.

Nevada’s future depends not only on the resourcefulness of its citizens and the resiliency of its economy, but also on upcoming political events. The elections this fall will greatly impact the way the national economy is handled, and when the Nevada Legislature convenes in February 2013, it will be charged with trying to solve many of the challenges detailed in this report. How Nevada stacks up in 2013 and beyond will be largely determined by how Nevada votes this fall.