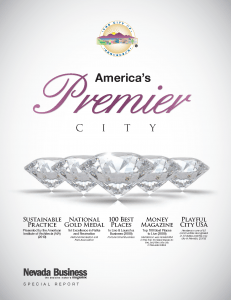 The city of Henderson has laid out a welcome mat for growing businesses, and new corporations are moving to the city every year as a result. Henderson’s Economic Development/Redevelopment Division is a driving force, providing help to companies as they consider and ultimately implement expansion or relocation plans. USCB, originally founded as the United States Credit Bureau (USCB) in Los Angeles in 1915, currently employs 350 people with offices in Los Angeles and Sacramento; however, when the company needed to grow, it moved part of its operation east, out of the Golden State and into Henderson.